William Foege was director of the U.S. Centers for Disease Control and Prevention from 1977 to 1983. 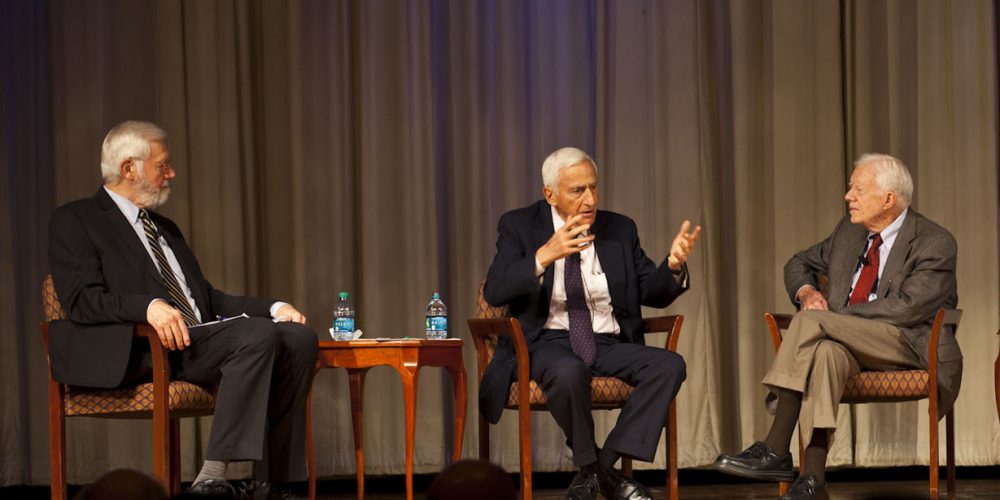 The Mectizan Donation Program (MDP) celebrated 25 years of partnership and progress in an Oct. 17 roundtable program at The Carter Center, one of the program’s partners in the fight against river blindness.

We are delighted to announce that Dr. Mauricio Sauerbrey is the recipient of the 2012 Merck Mectizan Award. Dr. Sauerbrey was selected for his outstanding dedication to the elimination of onchocerciasis from the Americas.

25 Years of the Mectizan Donation Program

Before Mectizan, the only intervention for river blindness was vector control by larvaciding rivers where the black flies that cause the disease breed.

What do you do when you have significantly reduced malaria transmission rates in your home country?

The Mectizan Donation Program would like to congratulate Dr. Bjӧrn Thylefors – recipient of the 2011 Merck Mectizan Award. Dr. Thylefors received his award from Ms.

A Michigan State University veterinary professor and member of the African Studies Center has been appointed an Officer of the Order of Australia for his work to improve the lives of millions of people with debilitating diseases and his contributions toward eliminating the ailments in many parts of the world.

Dr. Charles Mackenzie in the New York Times on how Mectizan works

In a study published online in The Proceedings of the National Academy of Sciences, Dr. Charles Mackenzie and colleagues found that Ivermectin works, not by killing the worms directly, but by binding to proteins secreted by microfilariae that invade the host’s immune system.

On 6 May 2010, Dr. Adrian Hopkins received the John Holt Medal, an honor awarded to distinguished alumni of the Liverpool School of Tropical Medicine’s (LSTM) Diploma in Tropical Medicine & Hygiene.

ATLANTA…Carter Center experts congratulate the people of Ecuador for breaking transmission of the blinding parasitic disease river blindness, or onchocerciasis.

Merck & Co., Inc.* and the Mectizan Donation Program are pleased to announce that Dr. Ed Cupp is the recipient of the 2009 Merck Mectizan Award.

Click on the link below to download an MP3 or view the transcript. APOC Director, Dr. Uche Amazigo, and former MEC member, Grace Saguti are featured on a televised report about NTDs and community-drug distributors in Tanzania.