This article covers the role of the NGDO Coordination Group for the Control of Onchocerciasis. The Group was launched in 1992, and with the paradigm shift from control of disease to elimination of onchocerciasis transmission, the Group shifted its orientation to that new paradigm in 2013. It also changed its name, replacing ‘control’ with ‘elimination.’ In doing so, the Group has repositioned itself to build on the successes of the past to finish the job it began over 25 years ago. International Health, Volume 10, Issue suppl_1, 1 March 2018, Pages i97–i101. 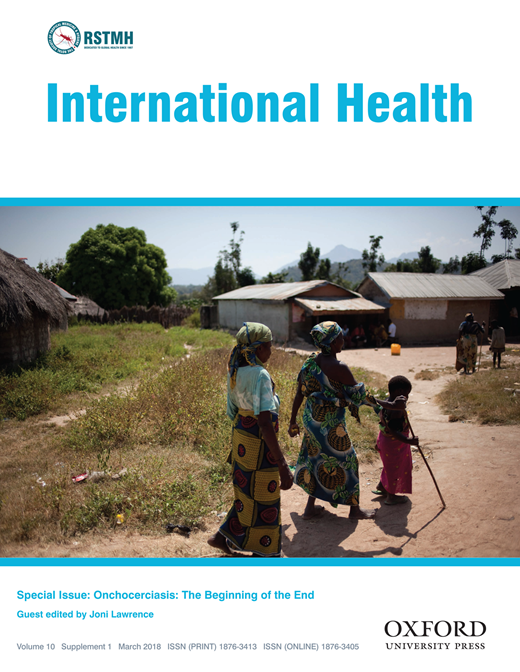 Warning: count(): Parameter must be an array or an object that implements Countable in /home/ntdngone/public_html/wp-content/themes/mdp-theme/single-news-resources.php on line 94

Alternative treatment strategies to accelerate the elimination of onchocerciasis

After 70 years of fighting an age-old scourge, onchocerciasis in Uganda, the end is in sight

Diagnostics for onchocerciasis in the era of elimination

A review summarizing the progress made in identifying diagnostics that meet the specialized requirements needed to verify onchocerciasis elimination, as well as a discussion of why these tests were selected and a summary of the needs that still exist to complete the arsenal of diagnostic tools that will be useful as the goal of elimination is achieved.

Article on the acquisition of quality-assured (QA) data that ultimately define the absence of infection or transmission of onchocerciasis in previously endemic areas in Africa.

For as Long as Necessary: Examining 30 years of MSD’s Focus on Achieving Elimination of Onchocerciasis and Lymphatic Filariasis

This article provides an overview of the three decades of dedicated effort Merck & Co., Inc., Kenilworth, N.J., U.S.A.*has put into its donation of Mectizan to assist in achieving the elimination of onchocerciasis and lymphatic filariasis.