What is river blindness?

Onchocerciasis (äŋ-kō-sər-ˈkī-ə-səs), also known as river blindness, is a parasitic disease endemic in Africa, Latin America, and Yemen. The disease has been eliminated in four countries in the Americas: Brazil, Colombia, Ecuador, and Mexico. The last remaining endemic areas are found along the border between Brazil and Venezuela deep in the Amazon jungle in the nomadic Yanomami Indian communities. Several countries in Africa are also close to elimination: Chad, Mali, Niger, Senegal, and Uganda.

The disease is transmitted through the bites of infected blackflies of the genus Simulium. These flies carry the immature larvae of the filarial worm that causes river blindness, Onchocerca volvulus, which are transmitted from human to human through multiple, frequent bites. In the human body, the larvae, also known as microfilariae, form nodules in the subcutaneous tissue, where they mature into adult worms and reproduce. After mating, the female adult worm can release up to 1,000 microfilariae a day. 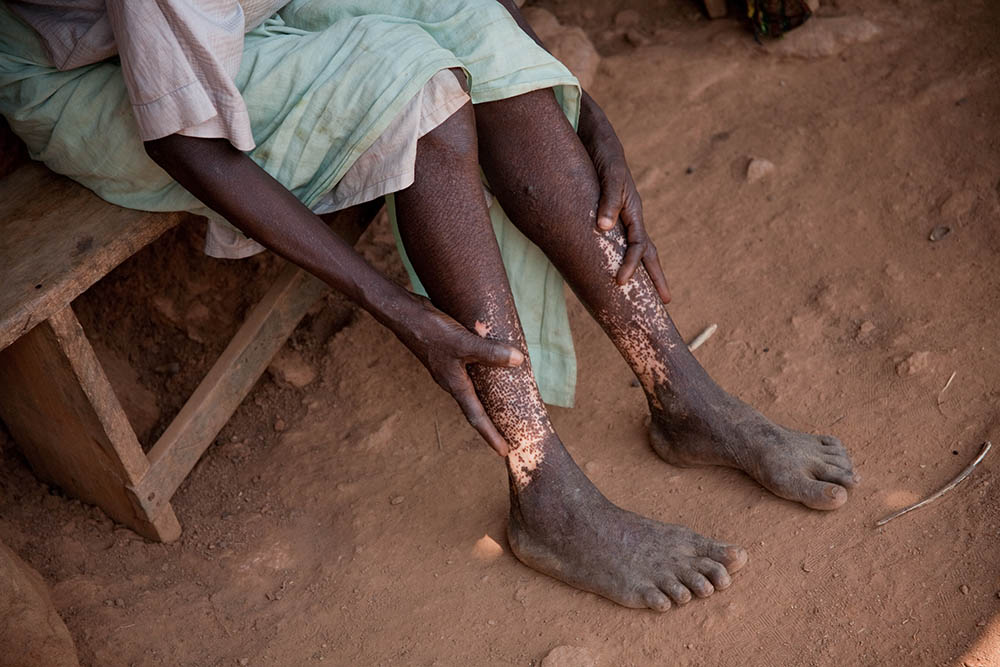 Prior to the donation of Mectizan®, the only way to control river blindness was by larvaciding the rivers that house the breeding grounds for the blackfly species that transmits the disease. There was no safe and effective treatment to control the unbearable symptoms of the disease. When taken once annually, Mectizan relieves the agonizing itching and halts progression toward blindness. The medicine is well suited for mass drug administration (MDA) in remote areas by trained community health workers.

Status of MDA for river blindness in 2020*

Status of MDA for river blindness in 2020*