Lymphatic Filariasis (LF): (lim-fat-ik fĭl’ə-rī’ə-sĭs) is a parasitic disease endemic throughout the world, but found primarily in Africa, India, and the Pacific islands. In Africa, LF is caused by the parasitic thread-like worm, Wuchereria bancrofti, and is transmitted to humans through the bites of mosquitoes. Long-term infection with LF can lead to painful and disfiguring chronic enlargement of the arms and legs of people of all ages. It also causes severe swelling in the genitals of males, a condition known as hydrocele, which can be reversed surgically. The disease is commonly called “elephantiasis” because of the elephant-like appearance of swollen limbs in those most severely affected. Infection with LF can cause severe physical and psychological disability. In addition, men with hydroceles often suffer from sexual dysfunction. Like onchocerciasis, LF also has a significant economic impact when productivity is reduced due to the disabilities caused by the disease. 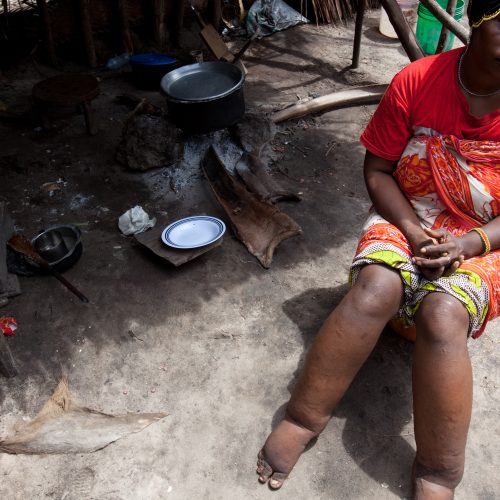 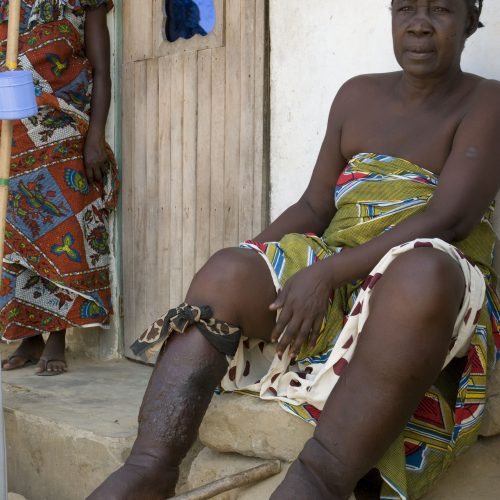 The World Health Organization (WHO) estimates that worldwide there are:

Definitive diagnosis of ongoing LF infection is achieved through identification of the microfilariae (juvenile worms) in blood samples or through the detection of antigens of W. bancrofti.

In the first year of infection, a person may experience few to mild symptoms. However, with repeated infections over several years, a person may develop outward manifestations of the disease. Through a variety of mechanisms, the adult worms in the lymphatic system alter the structure and functioning of the lymphatic vessels, resulting in one or more of the following conditions:

Treating people in endemic districts eliminates microfilariae from the blood of infected individuals, thereby interrupting transmission of infection by mosquitoes. WHO recommends > 5 years of mass drug administration (MDA) with preventive chemotherapy to reduce microfilariae from the bloodstream and to prevent transmission. The medicines used are albendazole co-administered with Mectizan in countries co-endemic with onchocerciasis, or diethylcarbamazine (DEC) co-administered with albendazole in other endemic countries. Some countries are eligible for a new treatment strategy, which will accelerate LF elimination through the co-administration of ivermectin (Mectizan), DEC, and albendazole (IDA). In areas where Loa loa and LF are co-endemic, treatment with albendazole (400 mg) alone should be given, preferably twice per year, to stop the spread of LF. 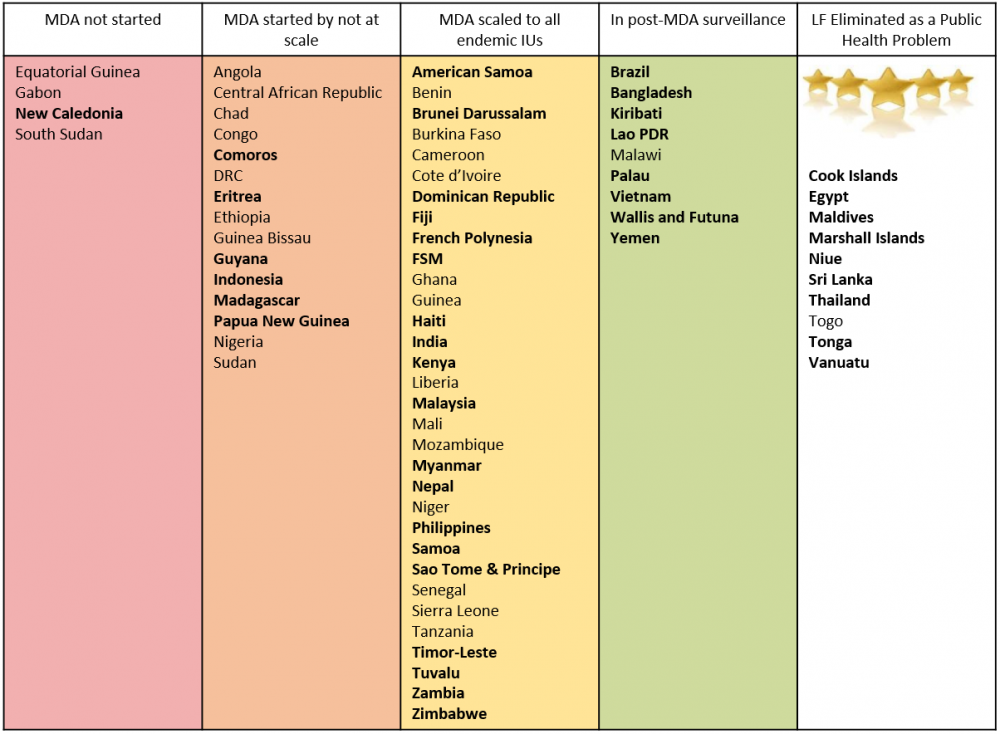 The Mectizan® Donation Program (MDP or the Program) is an international program working to eliminate ...

History of the program